Electronic Arts’ Fight Night Champion is an Action, Fighting, Boxing Simulation, Sports, Single-player, and Multiplayer video game. This is a boxing game designed to be played both offline and online against a large number of people from around the world. You build the character or select one of the primary avatars in this edition, take control of it, and try to defeat all of your opponents in the boxing ring.

In the game, fool the opponent by tilting, moving aside, and dodging their assaults, then punch them in the face to score the most points. Live the lives of famous real-world fighters, set new records, and enter the characters into tournaments to become champion and secure huge fame and money. Third-person changeable camera angles, 3-dimensional animation, simple controls, and real-time sound effects are all part of the experience.

Boxing Star is a Sports, Fighting, Single-player and Multiplayer video game for Mobile Devices developed by FourthirtyThree, Inc. The game includes multiple playable fighters, each with their own set of abilities and personalities. As the game begins, you have the option of having your opponent find the stars during the day. You may go on an epic adventure to become the world’s top boxing star while playing the game.

To become a Boxing Star, you must rise from the streets by punching your way up. Throughout the game, you will meet and befriend all of the wacky characters from the boxing world. In the game, you can put your talents to the test by employing your arsenal of jabs, hooks, and uppercuts. You can customise your character’s appearance by using the customisation mode. Test your abilities, Story Mode, Fight against Enemies, and other elements are included in Boxing Star.

Electronic Arts produced and distributed Fight Night Champion, a Sports, Fighting, Single-player, and Multiplayer Simulation game. It is a third-person boxing game that introduces new Full Spectrum Punch Controls to the series The game features real-time gameplay with all of the game’s boxers. It has three game modes: Fight Now, Legacy Mode, and Champion Mode. The newest mode is the Champion Mode, which allows the player to compete in tournaments against other online gamers from across the world to show themselves as the finest fighter.

Fight Night Champion has a character customization option, allowing the player to build his or her ideal fighter. The game offers essential features such as many places, real-time gameplay, unlockable achievements, and a variety of other things, among other things. Fight Night Champion is one of the top Boxing games when it comes to upgraded game mechanics, furious gameplay, superb game controls, and beautiful graphic features.

Genuine Boxing Vivid Games S.A. created Manny Pacquiao, a Sports, Boxing, and Single-player video game. The game brings professional boxers from all around the world to a fictitious setting in which you play the part of your chosen character. It is set in a 3D universe and centred around a boxing ring, where defeating other characters can earn you in-game points.

It has a multiplayer option in which you will be pitted against other players who will not show mercy on the battlefield. Step into the ring to demonstrate your lethal boxing skills. There are several boxers available, each with its own set of abilities, skills, and personalities to utilise against rival fighters. Customization, Tons of Bonuses, Retro Arcade mode, Power-ups, and more features are included in Real Boxing Manny Pacquiao.

Real Boxing 2 is a Sports, Wrestling, Single-player, and Multiplayer video game for Android and iOS developed by VIVID Games. It is the successor to the Real Boxing game, in which the user must develop and customise his boxer before guiding him to the top of the boxing world. The quest is not easy, and the player will confront several boxers who will want to knock him out of the ring.

The game’s controls are simple and geared for touchscreen devices, with tapping the screen allowing the player to jab and swipe up, down, or to the side of the opponent. Relatively, the player can do moves like as uppercut, body punch, or cross attack. The player can defeat the opponent by dodging and offering kicks from the top of the screen.

When the character has spare time, he can go to the gym to get in better shape. To customise the character in Real Boxing 2, you can choose from a variety of hairstyles, hair colours, beards, moustaches, and tattoos.

Vivid Games S.A. created and published Real Boxing 2 ROCKY, an Action, Sports, and Single-player Boxing video game. The game allows you to take on the role of Rocky and begin fighting for glory against competing characters. As the game begins, the player enters the ring as Rocky Balboa, with the opportunity to relive the epic boxing saga as the player fights great opponents such as Clubber Lang, Apollo Creed, and others.

Throughout the game, the player can travel Rocky’s territory with unique Rocky related material and battle his way to the top. The player can participate in the game’s fantastic and never-ending MMO fighting experience, which pits the player against world-class fighters. There are multiple major bosses to face, as well as hundreds of powerful items to pick from. Real Boxing 2 ROCKY has notable characteristics such as Fast-paced Gameplay, Legendary Boxers, Hundreds of Items, and more.

Real Steel World Robot Boxing is a Fighting, Sports, Single-player, and Multiplayer video game for mobile devices created by Reliance Big Entertainment. The game uses robots instead of human boxers, and you can choose your favourite to demonstrate your inner strength. You can join Noisy Boy and Atom, as well as other characters from the Real Steel Universe’s Supremacy, in the game to experience the action-packed fighting gameplay amongst robots.

There are several playable robot boxers available, and the game allows you to select your favourite before entering the ring. During the game, your goal is to advance in rank by defeating champions and earning rewards that will allow you to unlock upgrades for your robot to improve its performance and power. Real Steel World Robot Boxing has a lot of cool features, great gameplay, and beautiful graphics.

Midway’s Ready 2 Rumble Boxing is a Single and Multiplayer Sports Fighting video game. There are over seventeen characters in the game, including Nat Daddy, Big Willy Johnson, Tank Thrasher, Salua, and others. Each character in the game has their own set of powers and combat style. It is a professional boxing video game that features real-time combat. In this game, the player’s sole goal is to reduce his opponent’s health bar in order to win.

The game has a unique RUMBLE metre that flies up to one or two letters at the same time during the combat. During games, the player can also use a combination of attacks to deplete the opponent’s energy. Ready 2 Rumble Boxing incorporates essential features such as various locales, unlocking new characters, real-time gameplay, improvements, and so on. With fantastic game mechanics, simple controls, and stunning graphic elements. When compared to other Sports games, Ready 2 Rumble Boxing is one of the best.

Real Boxing is another excellent free-to-play fighting simulation created and released by Vivid Games S.A. The game has a variety of characters and allows the player to customise his own by selecting from a variety of materials. After establishing his character, the game allows him to enter the gaming world and demonstrate his abilities.

The game has a variety of lethal punches and combos, as well as the ability for the player to use his power-ups and land the perfect blow on his opponent’s face to win the game. There are numerous modes available in the game, including one-on-one, tournament, and multiplayer. Each game option offers more intricate gameplay than the previous one.

Real Boxing includes essential elements such as over thirty real-time boxers, numerous updates, mini-games, personalization options, and various locales, among others. With highly engaging gameplay, a clear storyline, great background music, and stunning visual elements. Real Boxing is a fantastic boxing game to play and enjoy. Try it out; you’ll like it.

Electronic Arts’ EA SPORTS UFC is a Sports, Wrestling, Single-player, and Multiplayer video game for mobile platforms. In this wrestling game, the player takes on the role of a wrestler whose main goal is to defeat opponents in the ring without the use of any equipment or weapons. It is the best game for wrestlers, with HD-quality pictures and simple touch controls.

The game offers a one-of-a-kind battle experience with 70 warriors grouped into four categories. The player must win battles in order to unlock new characters, earn cash, and level up their powers. The gamer can compete throughout his or her career and eventually become the ultimate champion. The longer a person plays, the more awards he can win and the higher he will rise on the leaderboard.

The player can locate health bars and the time it takes for the fight to finish at the top of the screen. Wrestling Scenarios, 70 Characters, Easy Controls, Hard Challenges, and a Leaderboard are among the primary aspects of EA SPORTS UFC.

EA Sports UFC 2 is a video game in the Action, Fighting, Sports, Combat, Single-player, and Multiplayer genres that was developed by EA Canada and released by Electronic Arts. The gameplay immerses you in a realistic UFC fight experience. You can choose from over 250 diverse characters with a variety of fighting styles and combos.

During gaming, you can execute a variety of attacks such as pinches, kicks, submissions, and takedowns, among others. You can choose between male and female fighters, or you can create your own. UFC 2 has several game modes to choose from, including career mode, ultimate mode, practise mode, and knockout mode.

To become the master, you must collect coins in each fight and unlock new fighters and milestones. In Multiplayer mode, you can challenge a friend to a fight to put your fighting skills to the test. The game incorporates essential characteristics such as an intense real-world environment, over 250 playable fighters with a range of attacks, displaying Character stamina, and so on. 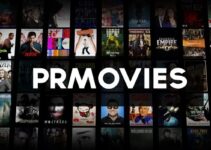 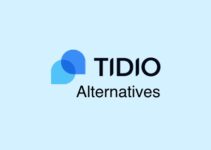 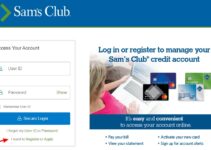