The high-level Python Web Framework promotes rapid development by allowing developers to focus on the unique and distinct parts of their project rather than recreating the wheel. It allows you to concentrate on writing code and modelling your domain and code classes rather than repeatedly implementing the same solutions.

You can learn about Django alternatives in this post, which is detailed below.

Django, no matter how popular it is right now, is not the best solution for every project. It’s slow, constrained, and monolithic, particularly for little applications like a single-page web app. In this post, we’ll look at the advantages and disadvantages of using Django to determine which projects it’s most suited for.

If you’re thinking about using Django for your next web project, this should help you decide which framework is ideal for you.

What exactly is Django?

Django is a high-level Python-based free and open-source web framework that employs the model-template-views design paradigm. It was initially released in 2005.

It emphasises component reuse and pluggability, enabling the rapid development of sophisticated, database-driven websites with minimal code and coupling.

Django also has a flexible administration interface that is generated dynamically.
Instagram, Mozilla, Nextdoor, Disqus, and other well-known Django-powered websites are just a few examples.

One of the main reasons developers prefer Django is because it is a “batteries included” framework, which implies it includes almost everything a developer may need to get started right immediately.

Django can be used to create practically any form of project, from complex websites to social media to content management systems, and it can be modified to utilise other components if needed.

Django uses the “shared nothing” architecture, which is comprised of loosely coupled components.

This essentially means that each design component is independent of the others and can be replaced if necessary, as well as that more hardware may be added at any moment to increase functionality.

Scalability is one of the primary reasons it is used for some of the busiest websites on the internet.

Django has a very minimal probability of security problems due to its design philosophy; the framework has been built to “do the right things” automatically.

It helps developers avoid common security mistakes like keeping session information in cookies, saving passwords rather than the hash, and so on.

The model-template-views architecture of Django, paired with loosely linked components, enables developers to work on multiple components concurrently before integrating them.

It has internal development speed benchmarks and can provide web application optimization as needed.

See also  How To Edit A Pdf Without Adobe?

The framework can assist startups and small businesses in developing goods fast and effectively promoting them.

Despite being one of the most extensive frameworks available, the Django movie framework is monolithic, which means it has minimal dependencies, requiring developers to write more code for their projects.

It has a set of rules that must be followed when defining and carrying out tasks, files, and pre-defined variables.
Django development, rather than learning Python modules and tools, focuses on providing developers with code-oriented app.

The Curve of Learning

Despite being a plain and easy framework, Django is a difficult framework to learn. To begin with, it is written in Python, which means there are numerous features and configurations that developers must grasp.

It also has a unique syntax, making it more challenging for developers coming from other languages to master Django has been around for nearly two decades and, despite its modest evolution, it remains one of the most challenging frameworks to learn.

• A lack of etiquette

One of the most prevalent criticisms levelled towards Django is its lack of conventions.

Django, unlike Ruby on Rails, lacks a set of conventions to help other developers, making it difficult for developers who have previously worked with frameworks centred on convention over configuration to transition to Django.

Continue reading to discover some of the best Django alternatives.

Rails is a Ruby on Rails framework.

Rails, the Ruby version of Django, is a full-stack Ruby framework that uses a model-view-controller design rather of Django’s MTV structure.

Rails encourages the use of widely-known software development paradigms and patterns, as well as web standards for data transmission and user interface design, such as JSON and XML.

Among the most popular websites that employ RoR are Dribbble, Bloomberg, Airbnb, Shopify, Github, and others.

Laravel, which was released in 2011, is frequently compared to Python’s Django and Ruby’s Rails.

It’s a PHP framework built on Symphony that employs the model-view-controller design paradigm. One of the key reasons for Laravel’s success is its preference for “syntactic sugar”; developers enjoy the clean and elegant syntax, the modular packaging system, and the specialised dependency manager.

Flask has emerged as one of Django’s key competitors in recent years. It’s yet another Python framework.

Flask debuted in 2010 and is now used by some of the world’s most well-known organisations, including Lyft, Pinterest, LinkedIn, Trivago, Reddit, and others. Flask is classified as a microframework due to the absence of a database abstraction layer and form validation.

It does, however, have an integrated development server, a fast debugger, integrated support for unit testing, RESTful request dispatching, and Jinja2 templating, all of which add to its popularity.

It extends the.NET framework with libraries and tools that enable developers to construct modern online apps in any language supported by any operating system, including Windows, macOS, Linux, and others.

Express.JS, a JavaScript-based web development framework, is one of the most popular.

It has a host of features targeted at accelerating and simplifying the process of setting up a web server.

JSON APIs, server-side microapps, and microservices have all been built with Express.JS.

Spring Boot is an open-source Java web framework that employs prebuilt code to create a fully production-ready and flexible environment, allowing developers to build standalone apps that do not require external web servers.

It embeds a web server, such as Netty or Tomcat, into the app during the initialization step.

CakePHP, like Rails, is a free and open-source web framework based on the model-view-controller architectural paradigm. It is written in PHP and distributed under the terms of the MIT licence.

It also adheres to the principle of convention over configuration and includes a number of developer-friendly features such as built-in validation, PHP templating, and app scaffolding.

Unlike Laravel, CakePHP requires a licence and employs a document-oriented database strategy.

Koa is a relatively new open-source web framework that aims to offer a smaller yet more powerful and expressive foundation for web apps and APIs. It was created by the same team that created Express.JS.

Koa is built on ES6 and makes use of ES6 generators to provide developers with a collection of tools to help with web development. It employs async functions and a built-in catchall to improve error handling, prevent crashes, and manage callbacks.

Bottle, like Flask, is a microframework meant to connect easily with small-scale websites.

Bottle is a simple, quick, and lightweight web-based framework delivered as a single file module. It is quite adaptable and allows you to use third-party templating engines such as Jinja2, Mako, and others. It supports a wide range of databases and URL parameters.

Web2py is a web-based framework that uses only the Python standard library.

It requires no installation and allows developers to design, change, deploy, and manage apps from anywhere using only a web browser. It has a full-featured IDE, a powerful error tracking and ticketing system, and security features to protect against the majority of malicious attempts.

Django is without a doubt one of the best web frameworks for building scalable and complex online systems.

It does, however, have flaws, and as a developer, you must first understand the project’s requirements before determining which framework is ideal for you.

If you’re still unsure, contact a reliable app hosting company for further information. They may also aid you in building appropriate online solutions if you are working on other initiatives.

What exactly is Django?

What are the advantages and disadvantages of Django? 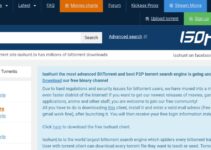 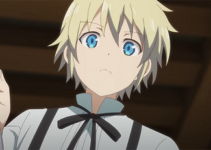 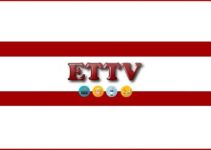